Board of Directors Seeks To Fill A Position

Bolivar Peninsula Special Utility District’s Board of Directors is seeking interested candidates to consider for appointment to a vacated position on the Board. There is currently a position available to be filled.

Qualifications for a Board Member are as follows:

If interested in filling this position, please apply at the District office in Crystal Beach at 1840 Highway 87.

Applications are available at the office. It is recommended that you submit a brief resume with your application. Please call (409) 684-3515 for more information. 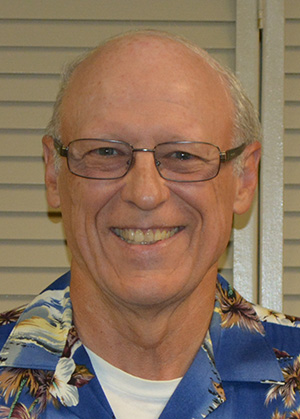 Hollis Gassen and his wife Joanne have lived in Texas since 1979. They have one daughter, Karen who teaches school. Hollis retired from Shell Chemical Company after 35 years of service in middle management positions. He graduated from Southeastern Louisiana University with a bachelor’s degree in physics. Hollis served in the United States Marine Corps from 1969 to 1975, and was honorably discharged with the rank of captain. In 2006 Hollis and Joanne purchased a home in Bolivar Peninsula. Since retiring from Shell, they enjoy spending most of their time in Crystal Beach. Hollis has enjoyed serving as President of the Sandpiper Homeowners Association. He has helped organize committees in Sandpiper to rebuild the sand dunes, construct new dune cross overs and a subdivision entrance sign. Mr. Gassen enjoys fishing, playing music, boating, sailing, golf, scuba diving, flying and spending time with family and friends at Crystal Beach. 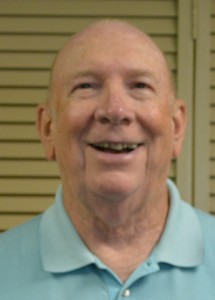 George Strong retired in 2004 to his beach house in Crystal Beach. Strong attends Bay Vue United Methodist Church, is a member of the Board of Directors and is the Secretary of the Emerald Beach I Property Owners Association, is the Treasurer of the Bolivar Peninsula Chamber of Commerce and he is an elected member and the Vice President of the Bolivar Peninsula Special Utility District. Strong was appointed a Commissioner of the Galveston County Emergency Service District (ESD) #2 in 2013 by the Galveston County Commissioners court. The ESD funds the medical emergency services and the three volunteer fire departments on the Bolivar Peninsula. Prior to moving to Crystal Beach Strong owned and operated George Strong and Associates (GS&A) in Houston. GS&A provided lobbying, campaign consulting, grassroots lobbying and communications services. Strong is a native of South Dakota, graduated from South Dakota State University and has a master’s degree from the University of Denver. 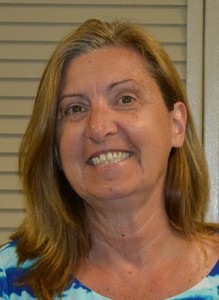 Ms. Maria Skewis has been a homeowner and resident of Crystal Beach since 2002.  She teaches science at High Island High School.  Prior to teaching, Maria was employed by ExxonMobil as an Industrial Hygiene supervisor and by AT&T as an Environmental Chemist.  She graduated from Moravian College with a bachelor’s degree in chemistry and from Temple University with a master’s degree in chemistry.  Maria enjoys the beach, travel and outdoor activities.

Chris Makin and her husband Sonny have been residents of Southeast Texas since their early childhood and have owned property on the peninsula since 1998. In 2002 they moved to the peninsula as permanent residents. When hurricane Ike struck, their home was destroyed. Chris still owns property on the peninsula and they live in Stowell, Texas. She has been the General Manager for Bolivar Utility Service since 2005 and has over 30 years of professional and retail management experience. Chris and Sonny have a daughter and a son, a wonderful daughter-in-law and son-in-law and 9 beautiful grandchildren.

Wayne Turk and his wife Jeanie moved to Texas in 1970.  Wayne graduated from Louisiana State University with a degree in Mechanical Engineering and started his career with BF Goodrich Chemical Company.  Wayne is semi-retired with over forty years of primarily management experience in chemical plants which includes design engineering, maintenance, process safety, and ISO 9000 procedures and systems.  He has also been involved with a Water Control & Improvement District since 1977 as Director and/or Secretary-Treasurer.  Jeanie has been a realtor and/or broker for over twenty years.  She opened a RE/MAX office in Crystal Beach, and they purchased a home on the Peninsula.  Both have been active in political and community organizations everywhere they have lived.  Jeanie is currently serving on the Bolivar Chamber of Commerce.  Wayne and Jeanie have two daughters, and two grandchildren that have enjoyed the beach all of their lives.

Delburn “DJ” Hutchinson, grew up on the Gulf Coast in Texas City.  After graduating from high school in 1984, he went to college where he earned a BBA in Marketing from Texas Tech University.  While in college, he earned his commercial pilot’s license in 1992, and spent three years as a corporate pilot and eight years as an airline pilot for American Eagle Airlines in Dallas. After 9/11, he went to work in residential and commercial construction and now works for the City of Texas City in Project Administration, overseeing water, sewer, paving, and other City infrastructure projects.